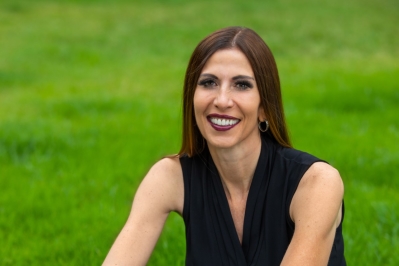 Dr. Tania Glenn is the president of Tania Glenn and Associates (TGA), PA a clinical practice in Austin, TX that is focused on promoting resilience, critical incident response and peer support team training and activation. As a leading national clinician in the treatment of post-traumatic stress disorder (PTSD), Tania specializes in working with emergency responders, military and the aviation community.

As a licensed practitioner with twenty-eight years of experience, Tania deployed to Oklahoma City in 1995, New York City in 2001, New Orleans in 2005 and Dallas in 2016 in support of law enforcement officers, fire fighters, and national guardsman who responded to the Murrah Federal Building, World Trade Center terrorist attacks the aftermath of Hurricane Katrina and the Dallas Police shootings. Recognized nationally, Tania’s clients include a host of Texas and Arizona Police, Fire and EMS Departments, commercial aviation and air medical programs. She is the Clinical Director for several peer support teams with her unique perspective to special operations competencies.

Tania’s emergency room experience includes ten years at Brackenridge Hospital, Austin, TX. She is an advisory board member for the Brattleboro Hospital Uniformed Services Worker’s Retreat, Brattleboro, VT. Tania is a former Board Member for the Vets 360 – The Unseen Wound in San Diego, CA. She also sits on the Board for the Tug McGraw Foundation, with a focus on treating and healing Traumatic Brain Injuries.

Having published numerous articles, Tania serves as a regular contributor to Air Beat: The Official Journal of the Airborne Public Safety Association. A 2006 film documentary titled “Between Iraq and a Hard Place” featured Tania for her traumatic stress work for returning military members. In 2019 Tania created a documentary titled “First Responder Resilience: Smashing the Stigma” to highlight the issues first responders face and to offer solutions for keeping first responders on the line. This documentary is now featured in many academies and continuing education in law enforcement, fire and EMS agencies across the country.

Tania has authored three books. Protected But Scared is a book written for the children of police officers to offer guidance and support to children, parents and police departments in addressing the secondary trauma that law enforcement children face. First Responder Resilience: Caring for Public Servants encompasses the best standards of care for law enforcement, fire and EMS based on over twenty-seven years of experience in assisting these professionals during and after trauma, stress and burnout. Code Four: Surviving and Thriving in Public Safety is a personal survival guide for first responders, offering ways to navigate their careers and their retirements in a resilient, healthy and successful way.